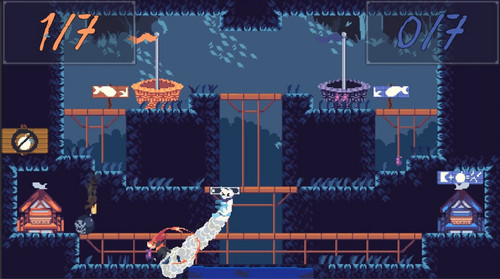 Kakatte Koi Yo! begins its early access development cycle. We've decided to charge $5 as we promise to regularly update the game with new features and fish.  The game is also available on Steam so if you've donated to us previously, no matter the price, feel free to message us for a steam key.

-Added the Taiyaki Ice Cream Fish that sends out an ice mine, freezing opponents who make contact with it.

A platform fighting game about cats.